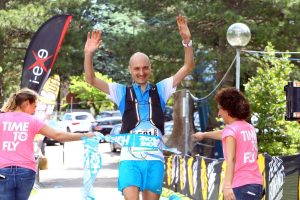 There are now less than two weeks left on the Amorotto Trail, in the weekend of 11-12 / 05/2019 Carpineti will become the capital of Skyrunning and mountain running. Several new features for this edition, starting with the lengthening of the two longest races at 80km and 57km:

Both races will increase the original route of some passages to widen the horizons on the valleys of the Tresinaro and Secchia rivers. The AUT competitors show also admire The Big Bench on Monte Fosola and the stage of the Reggiano Apennines with the Pietra di Bismantova as main actor. The restrictions in terms of numbers and opening period are the standard participation standards.

The combined CCV Castello delle Carpinete vertical and one of the Sunday races is unchanged. The CCV race will also be open for Nordic Walking with separate classification.

The Nordic Walking loses the race on Saturday, even if it will be possible to compete in the vertical, but the spirit inherent in the discipline of the two paths of Sunday remains. For the PST route even with a walk! 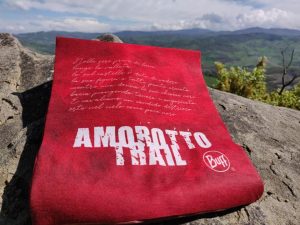 “In the moonless evenings, along the valley, there on the castle it is possible to see his figure fully armed, while a woman with her black hair kisses crying, tender and anguished. And they ride a candid steed steep in the sky like pitch black ”

Preview the personalized and exclusive BUFF for # amorottottail2019 to the registered competitors. 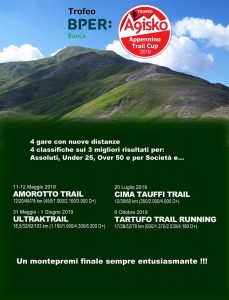 Lots of news in 2019: increasingly important awards with cash prizes, from Guinness and a renewed scoring

Amorotto Trail is sponsored by the Emilia-Romagna Region 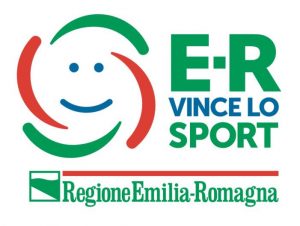 Amorotto Trail is pleased to announce that it a salso received the patronage of the Emilia-Romagna Region for the projects and initiatives supported by the Authority!

Ivan Parasacco will always be the voice of the event. Also for this edition, the partnership continues with Ivan Parasacco, the most famous voice in the trail world, as speaker of important and noble events such as Lavaredo Ultra Trail or Tor des Geants.